Samsung is rolling out a new update to its Gallery app. It’s not a massive update, but it does bring along a useful change for tablet users: a new Drawer UI. The new UI is optimized for tablets and moves all additional options to the sidebar, freeing up valuable real screen estate.

With the latest update, options such as Suggestions, Favorites, Stories, Locations, and Trash now appear under a hamburger menu on the left side. They are hidden by default (via SamMobile) and only show up when you swipe from the left edge or tap on the hamburger menu. SamMobile notes that this new interface works in standard mode as well as the DeX mode.

Apart from the Drawer UI, the latest update also adds a full-screen scrolling feature. This feature is exclusive to phones and hides the status bar and the navigation buttons when you scroll through your gallery for a more immersive visual experience. Full-screen scrolling is disabled default, but you can turn it on from the Gallery settings. Lastly, the new update adds “a tip card to guide users when downloading Samsung Cloud contents.”

These changes come as part of the Gallery app v12.1.07.5. The latest update is rolling out on the Google Play Store and Galaxy Store. Follow the Play Store link below to grab the latest version. 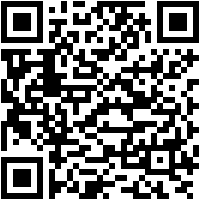