The Galaxy ecosystem enables an easier and more comfortable workflow with Galaxy devices with features including Buds Auto Switch, App Continuity, Keyboard share, and many more. One such feature is Private Share, which is available on both the Samsung Galaxy store and Google Play Store. With the latest update (version 1.1.20.21), Samsung has introduced new features to the application to make it easier to share files.

Private Share is a privacy-first blockchain-powered application that debuted with the Samsung blockchain wallet on the Samsung Galaxy S10. The update added the ability to share up to 20 files simultaneously – with a total size of less than 100MB increased from the previous 10 files and a 20MB size limit. The update also makes it easier to choose recipients from the contacts app and includes editing file names and editing recipients’ lists while sharing files.

Other features that the app already had included read-only sharing, no forwarding, and a no screenshots policy. The Private Share app enables sharing multiple files with friends and family, using Galaxy smartphones via SMS, links, or QR Codes. Finally, it also supports sharing files with an expiry date so that recipients can access those files only until a certain date. Similar to the previously announced Samsung Quick Share, the application works only on Galaxy Phones and requires both the sender and the recipient to have the Private Share app set up. Once enabled in the advanced security features of the Biometrics and security section of your supported Samsung Phone, the sender can request to transfer the files and once the recipient accepts the transfer request, a private channel will be created and the files are shared in Read-only mode.

The update is currently rolling out and can be installed on all compatible Galaxy phones via the Samsung Galaxy Store or the Google Play Store. 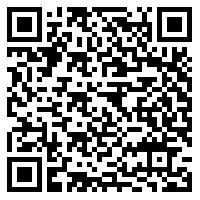 A Computer Science graduate with a keen interest in Android, and Cyber security.