Samsung’s PENUP application has been pre-installed on many of the company’s Galaxy phones and tablets equipped with S Pen styluses, but the app has never had the expansive features of more mainstream drawing/art apps like SketchBook by AutoDesk or Krita. That’s finally changing, as Samsung PENUP has received a significant update.

Samsung PENUP version 3.6.00.15 includes two new additions (via SamMobile): a dedicated coloring book section, and more importantly, layer functionality in drawing mode. Just like in SketchBook, desktop PhotoShop, and other applications, you can now draw in separate layers and turn them on and off as desired. Layers are great to have for tracing or for non-destructive markup (e.g., writing notes on top of drawings that can be safely modified later). Drawing with both layers on While most people serious about digital art will likely stick to cross-platform tools, it’s always nice to see the default applications become more feature-packed. Annoyingly, Samsung requires you to sign in with a Samsung account (or Facebook, Google, or Twitter) if you want to use more than two layers. Once you are logged in, though, you can have up to 12 layers in a single drawing.

Besides the sketch functionality, Samsung PENUP already supports drawing on top of images (though the Photo Editor app integrated into Samsung’s photo gallery can do that too), coloring books, and live drawing tutorials. There are also periodic drawing challenges, and images by PENUP users can be submitted to appear on the Home tab.

Samsung PENUP is available from the Google Play Store or Samsung Galaxy Store. The new version should be rolled out to just about everyone by now, but if you haven’t received the update to 3.6.00.15 by now, you can skip the wait by sideloading the APK from APK hosting sites like APKMirror. 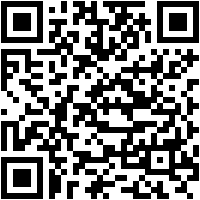