Samsung’s UI experience has wildly transformed and changed throughout the years. It was formerly known as TouchWiz and regarded as one of the most bloated and slowest Android skins. Those days are mostly long gone, though, and Samsung’s skin has undergone a heavy transformation in recent years. Now it’s known as “One UI”, and while saying it’s “less bloated” can be arguable given how it’s still pretty far from stock Android, it is definitely a much more enjoyable experience. Turns out, though, that you can also modify some aspects of it using apps like Good Lock, which was recently re-released for One UI 2.0 and Android 10. A plug-in called Samsung SoundAssistant brings a new Android feature to Samsung’s skin: the vertical volume slider.

Up to Android Oreo, the stock Android volume slider was horizontal, and you could expand it and slide it to your liking. The volume slider slid down from the top of the display. This behavior was switched in Android Pie, where the volume slider was replaced for a vertical slider that came out from the side of the screen and was easily reachable with your thumb. One UI 2.0, which is based on Android 10, still uses the horizontal slider, but as we learned from Reddit, the latest update for SoundAssistant can change that. You can also drag it around the screen and make it float like the current horizontal slider, so you can also have the best of both worlds.

This is far from the only thing SoundAssistant does as it can also tweak a number of audio-related settings in One UI, but if you prefer the vertical slider then this new update should entice you even if you’re not much of an audiophile to mess around with audio settings in the first place. You can download it from the Google Play Store or Samsung’s Galaxy Apps store. 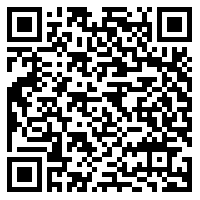