Have you ever wanted a portable printer? I’ll be honest, I don’t think the thought ever really crossed my mind before. What would I use a portable printer for? Turns out there’s actually quite a lot of uses for a portable handheld printer, which I realized after I received the Selpic P1 for review earlier this month. It’s a portable printer that you can control with your smartphone, letting you print phrases and images with just your smartphone and the printer pen. Is it as useful as it sounds? Well, that’s complicated. The Selpic P1 is currently running an Indiegogo campaign, where you can pick up the pen for $99 and a separate ink cartridge for $39. Once it properly launches, the pen will cost $199 and the ink cartridge will cost $59. The pen also comes with a black ink cartridge. About this review: I received the Selpic P1 for review from Selpic in early July. The company had no input in this review.

A portable printer is significantly more useful with visible ink First, there’s just one caveat to this review. The biggest issue that I had with the Selpic P1 wasn’t technical but the fact that the ink cartridge I received wasn’t black—it was yellow. As you can imagine, a yellow ink cartridge is rather useless for use on white sheets of paper, and in fact, has very few uses in general. The ink cartridges aren’t multi-coloured—they’re all one colour each. I asked for a black ink cartridge, but the company was unable to send one to me. As a result, some of the photos here are of poor quality as it can be hard to get yellow to show up on a page in any kind of appealing way. It’s also hard to brainstorm ways that this could be used as in its current state, it’s not very useful due to the colour of the ink. Having said that, at the very least the Selpic P1 does work as intended. Yellow ink is just hard to see, and as such, it decreases the usefulness of the device by a lot. I would have loved to have had practically any other colour of ink just so that I could play with it more and maybe discover more use cases. I’m also skeptical about the white lines that seem to be printed as part of the image. Will this not cause issues for a barcode scanner? Seeing as one of the advertised use cases (and one I can see genuinely being useful) is that the Selpic P1 can print barcodes.

The Selpic P1 is mostly controlled through an (abysmal) app

Now that that is all out of the way, let’s move on to how the Selpic P1 is controlled. Everything happens pretty much entirely through an app on your smartphone. You connect your phone to it and all content to be printed is sent from your smartphone to the device via Bluetooth. The app is on the Google Play Store, though it can be a bit difficult to work out how exactly to connect it to the Selpic P1. I’ll be honest, the app isn’t well-designed and the process of even connecting the P1 to your smartphone is somewhat unintuitive.

There are three buttons on the Selpic P1, one of which is fairly pointless. Holding down the circular colored button on the back (above the USB-C port) puts the P1 in pairing mode. The long silver button is used to print whatever is stored in the Selpic P1’s memory. Finally, the gray circular button below that ejects the ink cartridge, which you can just pull out anyway as I’ve been doing.

There’s a “login” when first starting the app wherein you submit your email address. Am I actually logging into anything? Is there data associated with my “account” that anyone can access without a password? Not that I’m aware of, which is a little concerning to me. I didn’t notice anything obvious that the app may have pulled across to any devices that I tested on, so I’m confused by why it needed to collect my email.

When I asked my contact about this, I was told that the team “cancel[ed] the step of entering [the] password” that was originally required, since “people can’t get [the] verification code” yet. I assume what they meant by this is that they intended to have a login system with a password and verification code sent via text message, but they were unable to set this up. Instead, they’re simply logging you in by email address…without verification? In any case, I was assured that “this app doesn’t retain user information” in any way.

The app itself is used for updating the firmware of the Selpic P1 and also providing information about the device, along with the ink that’s loaded. Also, yes, it only works in landscape mode.

It also requires you to log into the same WiFi network that you are connected to by inputting your WiFi password when you first connect it to your smartphone. I don’t know why this is required as I was under the impression that the printer would work directly over Bluetooth. While I generally wouldn’t mind this too much, I’m already wary of the security of this application.

This app seems poorly designed and the UI is unintuitive. It doesn’t follow any of Android’s design language and the icons aren’t all self-explanatory. On the editing page, there’s a trash can icon next to the barcode symbol. You would think that button might clear what’s on the printer sheet, but no, it deletes the selected element. The paintbrush to its right is what clears the printer sheet, which I thought was a brush to allow you to draw on the printer sheet yourself. You can import an image as well for printing, but it’s… not great. I cleared the data of the app to get that screenshot showing the login page, and reconnecting the app to the Selpic P1 feels like a chore.

There are included images as well that you can add to the printer sheet, and they turn out okay on paper. Just like everything else from this device though, they’re small and hard to make out what they are. The ink colour doesn’t help either, as they appear even smaller due to their lack of distinction. 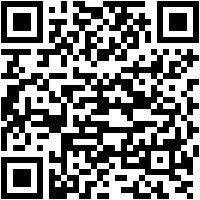 The Selpic P1 has its uses, but they’re limited

I may have come across as harsh towards the Selpic P1, but that’s because it’s a product that asks for a lot of money when for most users, I don’t believe it’s useful. Those purchasing the product through Indiegogo will get a standard black ink cartridge, which makes more sense than the yellow cartridge I was sent. Non-black ink cartridges ought to be purchased separately. On top of that, the app itself needs major reworking. Besides the seeming lack of justification for asking for my email address, the UI isn’t well thought out. The Selpic P1 begins shipping worldwide in September, and if you really want one, you can check out the Indiegogo link below.