Pebble was one of the first modern smartwatches when it launched on Kickstarter in 2012. It became popular for its long battery life, massive library of applications, and open software, and was later followed up by several more models. Pebble shut down in 2016 after running out of funds, but not before the company updated its watches to continue functioning without a central server. The community-run ‘Rebble’ project has continued to keep the watches alive with updated software, and now Rebble has released a new app to keep Pebble watches functional on newer devices.

Before Pebble shut down, the Android and iOS mobile apps were updated to allow Pebble apps to be sideloaded from a file. However, the Pebble app often isn’t recognized as a handler for Pebble files on modern Android devices, so applications and watchfaces can’t be easily transferred to the watch. Pebble’s founder, Eric Migicovsky, even ran into the issue himself recently.

I just tried opening the pbz in astro, but same issue (no applications found for this file type)

To solve this, developers Alice Grey and Lavender Glaab from the Rebble project created an Android application called Sideload Helper by Rebble. The app can open Pebble files on modern Android devices, then transfer them to the official Pebble app for installation.

The team said the app still needs to be localized in more languages, and if you’re up for the challenge, there’s now a Crowdin page for crowd-sourcing translations. In the meantime, the app is available for download on both the Play Store and F-Droid, and the source code is on GitHub. 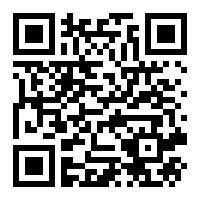