Android OEMs are constantly thinking about how they can make their devices stand out from the rest of the competition. Some do this by leveraging the software, some do it by including unique hardware components. Others create a design style to make their phones stand out. Sometimes these things feel like gimmicks, but occasionally a feature will make people wonder why every phone doesn’t have it. HTC introduced Edge Sense in the U11 and it’s available on the Pixel 2 as well. An app called SideSqueeze can mimic this feature on the Galaxy S8, Galaxy S8+, and the Galaxy Note 8.

People had mixed feelings when it was revealed that the HTC U11 would come with a feature that lets you squeeze the sides of the device to perform an action. Some speculated that this would be done with hardware pressure sensors inside the actual device. Some thought it would be implemented with actual buttons on the side of the device that would need to be pressed at the same time. Then there are others who thought the device would actually be monitoring the barometric pressure sensor of the device.

See, when a device has water resistance protection and a barometric pressure sensor it can actually detect when you squeeze or put some pressure on the display/back of the device. I remember seeing this demonstrated with a Sony phone that had a lot of reports of the phone’s water resistance not working properly. Someone had two different devices with one showing a change in barometric pressure sensor data and the other showed no change in data at all.

XDA Senior Member ffolkes took this idea and ran with it to create the SideSqueeze application. In theory, this application should work on any device that has water resistance and a barometric pressure sensor. However, the developer has only tested it on the Galaxy S8+ and the Galaxy Note 8. So as long as your device includes these features then the SideSqueeze application should give you the ability to add HTC’s Edge Sense to it. 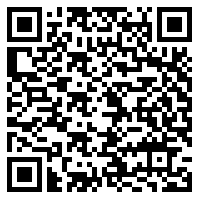