Despite having a new version of Teams meant for personal use, Microsoft is still updating Skype on a somewhat regular basis. Skype version 8.80 was recently released, and it comes with a few improvements to the experience both on mobile and PC. The biggest new capability, however, is the ability to make emergency calls using Skype in the United States.

If you’ve ever tried calling a phone number from Skype, you’ve probably seen the warning that emergency calls aren’t supported in the past. It’s been that way for years, but it looks like it’s changing, and it has some benefits to boot. Not only can you call 911 using Skype – so you can use your PC if your phone isn’t at hand, for example – but Skype can also share your location with emergency responders automatically. This feature is disabled by default to respect your privacy, but it could be very useful in an emergency, so you can enable it in the Skype settings. It could make it easier for responders to find you if you don’t know your location, or if you’re unable to share it for one reason or another.

Some other new features are rolling out with Skype 8.80, too. Another notable one is the ability to zoom in on a screen share during a video call. It can often happen, especially on mobile, that some text is hard to read when someone is sharing their screen with you, since you’re seeing it as a compressed video feed that’s usually smaller than the original display that’s being shared. This should make it easier to share text and see more details in screen shares on Skype.

Microsoft has also made it possible to use custom reactions on Skype for mobile devices with this update, and a couple of features have been enhanced. You can now record voice messages that last up to 5 minutes, instead of the 2-minute limit that was in place before. Finally, light mode will also apply to the background of Skype calls, which is something Microsoft announced as part of its big plan to redesign Skype back in September. As per usual, this release also includes some bug fixes that should improve the overall experience with Skype.

You can download the latest version of Skype from the official website or use the links below. You can also check for updates within the app (on desktop) or from your platform’s app store. You shouldn’t need to update Skype in order for emergency calling to work, but you can try it if it’s not working for you. Remember, it’s only available in the United States. 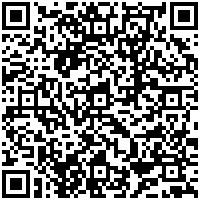