New app updates are most times always welcome. They can bring new features, bug fixes, or sometimes even a whole new look. Today, Snapchat has announced a new update, bringing several new features to the platform, including one that was previously only available to those paying for Snapchat Plus.

With Apple’s iOS 16 update, developers can now offer Lock Screen widgets, giving users a new way to interact with their favorite apps. As you can imagine, Snapchat is taking full advantage of this new feature by introducing its own set of widgets, allowing users to have quick access to the best parts of the app. Snapchat will offer two widgets to start, one that allows instant access to a conversation with a best friend and another that will grant instant access to the Snap camera. This should make communicating and creating new snaps a breeze. While they aren’t the most exciting widgets, the feature is still in its infancy, so as time passes, there are sure to be more inventive Snapchat widgets that will pop up.

In order to keep chats flowing more easily, the firm will also be introducing Chat Shortcuts. This feature will add a shortcut bar to the top of the chat section of the app that will allow users to see any unread messages, new Snaps, missed calls, and more. Users will also be able to take advantage of a new tool called Question Stickers, which will allow users to set up a question and answer session on the fly. Perhaps the most surprising update out of the bunch is that going forward, Snapchat for Web will available to all. Previously, it was only available to those paying $3.99 per month for Snapchat Plus.

Snapchat wasn’t very specific about when these features would be rolling out, stating that some “features are available now, or coming soon.” So, if some of these features look interesting, just be sure to update your app so you can take advantage of some of the features now and others sometime later. 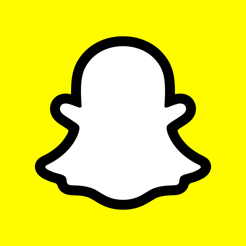