Sony could also be working on improvements to sound quality

Sony has produced some of the best noise-canceling headphones in the industry. The company released the WH-1000XM4 headphones last year as a new premium ANC option, and now there could be a new color and more audio features on the way.

The Sony WH-1000XM4 is currently available in three colors: Black, Blue, and Silver. The Silver option is already closer to beige than silver, but now a true white option could arrive soon. As first spotted by user @justplayinghard on Twitter, a new string added in version 7.5 of the Sony Headphones Connect app mentions a new white color of the headphones. The other colors were already present in the same code.

The APK file also contains an image of the white style, seen below. Just like the other models, the Sony logo and USB Type-C port have a gold-colored finish. Interestingly, the app’s code also reveals that new audio features are under development for the Sony WH-1000XM4. Some text strings mention an option that will “optimize” your smartphone using ear analysis results, so stereo tracks sound more immersive.

Sony already has its own 360 Reality Audio technology for immersive music, and this feature could bring a similar experience to non-360 music. It remains to be seen how convincing the music upscaling will be, but with how great the WH-1000XM4 headphones already are, it’s great that Sony isn’t resting on its laurels. 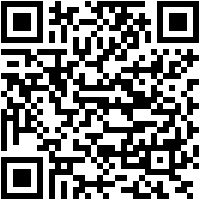