Today marks the passing of Inbox by Gmail, an alternative email client by Google that packed a bunch of features like message grouping and reminders, and that, despite not receiving as much love as other Google apps, still holds a dear place in the heart of many users. This is because of the main Gmail app not yet having the same feature set as Inbox–despite Google testing these features on Gmail and further promising they will come–making the transition from Inbox to Gmail an uncomfortable downgrade in many different aspects. Furthermore, there aren’t really any email clients good enough to tide you over, but this depends on who you ask. If you’re ready to let go, you might want to try other alternatives, like Spark, before hopping onto plain boring Gmail.

Spark is a critically acclaimed email client that has been available on iOS for a while. It includes several features such as smart notifications, snoozing, send later, reminders, quick replies, and much more. With the downfall of Inbox, it’s now becoming available for Android as well. In its current version, there is a couple of missing features, such as quick replies and 3rd party integrations, but these are set to ship in future versions very, very soon. Letting go of Inbox may be hard–we’ve published a tutorial for you to try to keep using it after today in case you’re not ready to let go. But it’s something that you’ll have to do sooner or later, and it’s always good to search for alternatives if you don’t want to settle with Gmail. Spark is not identical to Inbox, mind you, but it does have a solid list of features you might miss from Inbox, such as reminders, and it’s quite possibly one of the best alternatives out there. Check it out now! 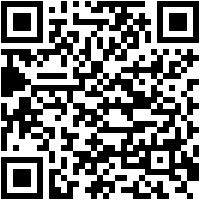