The sudden popularity of Clubhouse, a social media app where people can create voice rooms or listen to existing ones, has caused several other apps to duplicate its functionality. Now it seems the next apps to get Clubhouse-style audio rooms might be Spotify and LinkedIn.

Spotify announced today that it has acquired Betty Labs, developers of live audio app Locker Room, an iOS-exclusive platform primarily designed for sports fans. It already functions much like Clubhouse, and Spotify has plans to expand its reach and features.

“In the coming months,” the company said in a blog post, “Spotify will evolve and expand Locker Room into an enhanced live audio experience for a wider range of creators and fans. Through this new live experience, Spotify will offer a range of sports, music, and cultural programming, as well as a host of interactive features that enable creators to connect with audiences in real time. We’ll give professional athletes, writers, musicians, songwriters, podcasters, and other global voices opportunities to host real-time discussions, debates, ask me anything (AMA) sessions, and more.”

Everyone’s favorite social media network, LinkedIn, is also planning to implement audio rooms. Alessandro Paluzzi, an app developer, found evidence in LinkedIn’s code that the service is working on the feature. Audio rooms aren’t functional yet, but the current design looks similar to Clubhouse — select people have speaking roles, while others can join the room as listeners (and later request to join the speakers).

⚠️ To clarify, in this UI the profile picture of the logged in user is automatically loaded as an avatar for all fake users within it.
They didn’t use a white man as a placeholder 🙄

Shortly after Paluzzi tweeted these screenshots, a Senior Director of Product at LinkedIn replied to the tweet teasing the upcoming feature.

Several other applications and platforms are currently working on Clubhouse-like features, including Slack, Discord, Facebook, and Telegram. It’s likely only a matter of time before audio rooms become just as popular as Stories (which Spotify and LinkedIn already have). 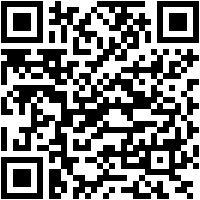