Spotify is one of the most popular music streaming subscription services in the world. It’s constantly expanding old features and introducing new ones, which is one of the reasons it’s the platform of choice for more than 100 million users. But it’s not resting on its laurels. This week, Spotify published an experimental Android application in the Play Store called Stations, and it’s a radical departure from the company’s flagship app.

“Stations is the easiest way to listen to the music you love. Totally free,” according to the app’s Play Store description. “Stations is an experiment by Spotify that makes it easy for anyone to listen to great music. When you have access to all the music in the world, finding the right thing to play can feel like a challenge. With Stations, you can listen immediately, and switching stations is simple and seamless — no searching or typing needed.”

Stations, which is being piloted in Australia and was first spotted by app analytics firm Sensor Tower, doesn’t require a subscription, but only lets you listen to playlists. The curated collection, which is displayed in large title text you switch between by scrolling, includes Spotify’s top picks and personalized playlists such as Discover Weekly and Release Radar. Spotify says Stations will learn your musical tastes over time, and create personalized stations based on the data it collects.

Spotify has both a paid and free music streaming tier, and recent stats show it’s surpassed 70 million paying subscribers around the world. Naturally, free accounts are limited in a number of ways. Ads are injected every couple of songs in playlists and albums, and some songs aren’t available. In addition, Spotify caps audio quality at 160kbps on desktop, while paid subscribers get access to 320kbps streams.

Stations, just like Spotify’s free tier, seems like an attempt to get people to check out what the company has to offer — a gateway if you will. It’s not a bad strategy. If they like what they see, chances are they’ll upgrade to a paid subscription. It took over a year for Spotify to finalize their experiment with the Stations app, but it’s finally officially available for everyone. Spotify Stations is a stripped-down version of the full-fledged Spotify app. It’s basically a way to listen to music like you would on the radio. “Stations” are created based on artists, genres, and moods. The app will create a few based on your existing account, but you can also create your own. Like Pandora, you can also thumbs up or down songs. The app doesn’t require a Spotify Premium account. 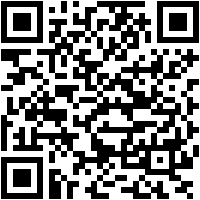