Google Stadia launched over 6 months ago and a big selling point of the cloud gaming service is not needing a bunch of expensive gaming equipment. The only real hardware you need is a computer with access to a web browser like Google Chrome, a Chromecast Ultra, or an Android smartphone. However, if you wanted to play games with your phone using the Stadia Controller, you needed to awkwardly plug in the controller with a USB cable since the controller could not wirelessly connect. That restriction is finally being lifted today.

In the latest This Week on Stadia update, Google announced several new games coming to the platform in July. The newest free games for Stadia Pro subscribers include Crayta, Monster Boy and the Cursed Kingdom, SteamWorld Dig, and West of Loathing. The Elder Scrolls Online is coming later in July. Today is also the last day to claim Serious Sam Collection, Spitlings, and Stacks On Stacks (On Stacks) for free.

The biggest announcement, however, is a much-requested feature for mobile gameplay. The Stadia Controller can now wirelessly connect to your Stadia-capable Android smartphone. This change is coming through an update to the Stadia mobile app and it’s rolling out starting today. The controller and your phone must be on the same Wi-Fi network to connect.

Google also posted a recap of all the Stadia-related announcements made during the month of June. A few of the noteworthy additions include touch controls on mobile, expanded compatibility with OnePlus phones, per-device resolution settings, an experiment tab for playing on unsupported Android devices, and plenty of new game launches. While Stadia may have seemed like a lackluster cloud gaming service at launch, it has slowly gained a lot of great features and titles. The service still has a need for improvement, especially when it comes to its catalog of games, but it’s becoming a viable contender in the game streaming space. 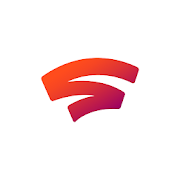 Carl Pei reveals the OnePlus Nord in all its glory