Join us in a fun Sunday Debate on Cyanogen Inc. Come with your opinions and feel free to read some of our thoughts, then pick your side or play devil’s advocate to get your voice heard and engage in friendly discussion. You can read our food-for-thought or jump straight into the fray below!

CyanogenMod is widely recognized across XDA for its solid performance, great feature set and far-reaching (and also long-lasting) support for all sorts of devices, from the very known flagships to the more affordable little gems (over 250 on official terms). Their ROM is open for developers to fork, and in our forums you can find several modified ROMs from members who use CyanogenMod as a base to give us their own vision of Android. CyanogenMod is said to have been adopted by over 50 million people – and considering the effort (and sometimes risk) it takes for casual users to get it running, this is a huge number. Sure, many of those users are also flashaholic veterans, but Cyanogen is betting on mass mainstream appeal with their latest plans.

CyanogenMod might be the community-loved ROM we all know about. but Cyanogen OS is Cyanogen Inc’s second incursion into manufacturer devices. Their previous CyanogenMod S for the OnePlus One received excellent reviews, as it brought interesting functionality that didn’t manage to slow down the system a single bit, making for a stock-and-more experience that was fast and fluid. However, while Cyanogen OS will remain a heavily AOSP-based solution, Cyanogen is planning on stripping their releases of Google’s traces: they will not come with Google Apps pre-installed.

Cyanogen’s end-game is something we discussed thoroughly in a feature where we explained how they are building their war machine against Google (I suggest you read this if you want to get up to speed with their campaign). Cyanogen representatives are quite outspoken on their attempts to take Android away from Google – something which CEO McMaster has now escalated to “put a bullet through Google’s brain”. The controversial rhetoric is backed up by their latest financial contributors, who have given them over $100 million in three funding rounds.

The question here is whether a Google-free Android hitting mass adoption would be good for the future of the platform. Here are some of our arguments in favor and against, but feel free to jump straight to the comments and discuss if you already made up your mind!

The main source of appeal from Cyanogen’s vision of Android is that their offering could surpass Google’s when it comes to openness, thus granting users greater freedom regarding what applications and services they choose to use by default. This would also allow for greater competition between developers who would now have an easier time getting their product adopted by the users that stop being tied to Google’s de-facto repertoire of services. The main concern one can have regarding this approach, right now, is that said developers wouldn’t have the most efficient method of getting their apps noticed and downloaded/purchased, given the Playstore is the biggest application store on Android. The Amazon App Store could be a solution, and it is likely we’ll see it introduced in the early version of Cyanogen OS.

But the solution is said to come soon in the form of a Cyanogen application store – something they truly need given the fact that, as of now, a big part of their revenue is handled through Google’s Playstore transactions. The Playstore is messy, with categories usually overlapping and many popular applications staying on top for the sole reason of their popularity or marketing. As it is, the Playstore’s search function is a pain and effectively hides many developers’ hard work from casual users. A Cyanogen app store could effectively solve this if they commit to their support for developers and openness – largely improving the careers of many programmers and designers who work weeks only to have their app buried in the spam.

Lastly, the main argument in favor of a Cyanogen OS getting popularly adopted is boosting competition, as Google’s own Android could use competition within it. Many of Google’s services have seen dramatic decelerations lately, and despite the UI overhauls with Material Design (which is not properly realised anyway) their apps are not as polished as they could be. Android, iOS and Windows Phone largely compete in subtly different psychographic fronts, and the Android user’s ambitions differ from those of Apple customers. If Google had strong open competition, within Android, and if their services lost their monopolist reach achieved through underspoken policies, the future of both Google’s platform and their services could largely benefit. Given the amazing track record of CyanogenMod’s offerings, Google’s Android could improve from the competition and innovation brought forth by Cyanogen.

Biting the Hand that Feeds

A main concern regarding Cyanogen’s approach, as well as the desires of those who now fund the company, is that they might be trying to subvert Android by exploiting its biggest virtue. The openness of Android that comes with their open-source project is the reason most of us are here on XDA, and why this site is what it is. It allows for a lot of developers to earn a living, and others to improve their skills. This is most likely not going away. But if Cyanogen’s assaults on Google become too significant, and if their popularity grows beyond what Google is expecting, things might take a wrong turn:

While Google will c 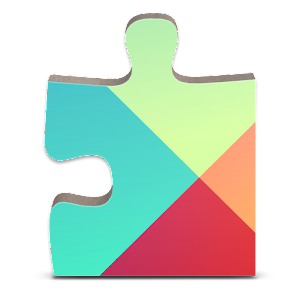 ertainly not take away AOSP, what they could do is focus many of their new features, functionality and improvements not through AOSP branch or system updates but rather their Google Play Services. They have done similar things in the past. We are seeing more and more amazing offerings come from Play Services updates, such as the latest “on-body detection” security addition. The fact that Google is adding so many APIs to the core of Android is allowing a lot more possibilities for both developers and themselves. Other products like Android Wear, for example, depend on Google Apps to function, and thus those who opt out of Google are excluded. This is a complaint already seen within forums, as custom ROM users who don’t want Play Services don’t see much (if any) support for things like Wear. With the growth of Android Auto, Android Wear, speculation of an Android VR and the Internet of Things in the horizon, choosing not to partake in Google’s ecosystem could severely hinder you on not just your smartphone.

What I personally think is the biggest worry we should have, though, is whether Cyanogen’s intentions of an open Android are simple populist rhetoric. They are being funded by some of the biggest monolithic players in technology, including social media (Twitter), telecoms (Telefónica) and hardware (Qualcomm). Their partnership with Microsoft also raises suspicions, given that they too have seemingly been infiltrating Android to subvert it from within. The fact that Cyanogen OS will come with many popular applications from some of the most powerful of Google’s competitors pre-installed already shows favoritism. Just like lobbying is what corporations use to buy influences in the United States, the funding rounds of Cyanogen are clearly leaving a mark on the final software product. Cyanogen isn’t crazy, and they will allow you to get rid of all of that if you so wish. But without Google services to choose from off the bat, and with how casual (or conformist) users typically aren’t used to even installing an APK, you can expect many to simply settle for whatever comes built-in.

One one hand, those who value Android’s openness and/or are supporters of a truly free ecosystem with no monopolies might rejoice with Cyanogen’s approach. Their ROMs have been solid and an object of obsession to many power users, so their upcoming offerings could be extremely satisfying. A new application store with a focus on developers, openness and competition could also benefit those who depend on Android to pay bills. Finally, the competition within Android could push Google into further accelerating their ecosystem. But at the same time, Cyanogen’s rhetoric could end up being nothing more than a scheme with clear favoritisms, and such an attempt against Android could make Google dedicate their Android Experience towards their Play Services rather than new versions – something which could hurt custom ROM developers and the future of the platform itself.

With all this being said, do you support Cyanogen’s crusade and their upcoming consumer-grade ROM?

Let us know below!