The Play Store has millions of applications and games available for users to download and install. It can be very easy for an app developer’s latest creation to get lost in the shuffle as there are just so many apps to choose from. Advertising, Android publications, and social media can help as the goal is to get to that snowball effect where more and more people are aware of your app. So to help with this, Google has implemented a way for developers to create promo codes for their apps that enable them to be given away to various people.

Whether it’s to a website so they can write about it, to your dedicated social media followers, or as part of a giveaway to build up some momentum. The goal is to get your app in front of as many people’s eyes as possible. To help these developers share promo codes, XDA Senior Member Flyview has created an application called Supercodes that enables them to upload a number of promo codes. The free app (which works on Android 4.1+) can be downloaded from the Play Store right now. Users should be aware that they are limited to claiming only one app in order to prevent abuse. It’s unclear if this rule is concrete or if the developer will add incentives to the app in the future so people can get additional promo codes (while still not abusing the system). 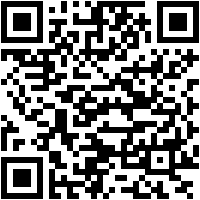 Check out Supercodes in our Apps and Games forum