Almost every TV show or movie is shot in 24 fps, though chances are if you have a modern HDTV, that’s not the frame rate you’re watching the content in. That’s because most TVs these days ship with a feature called motion smoothing that’s enabled by default. Motion smoothing interpolates frames that aren’t there in the source material to make videos seem smoother than they actually are. Interpolating frames is tricky, and Hollywood absolutely hates the practice, but there’s a reason why motion smoothing ships on so many TVs: people like it. Most mobile devices, on the other hand, don’t support motion smoothing, though thanks to a new video player for Android called SVPlayer, you can watch videos in higher frame rates right on your smartphone or tablet.

SVPlayer, which stands for SmoothVideo Player, converts any video you’re watching to 60 fps or higher, all in real time, using a technique called Motion Estimation Motion Compensation (MEMC). The video player can play files stored locally or stream a file from the Internet, but it doesn’t support content hosted on streaming services like Netflix. SVP is built on top of mpv, a powerful, free and open-source cross-platform video player app that’s also available on Android. That means SVP supports a wide range of video formats and other features like changing audio/subtitle tracks, but on the flip side, the UI is pretty basic.

SVP UI when no file is open

While SVP supports hardware-accelerated video decoding, the actual frame rate conversion is very CPU-intensive. The team recommends using a device with at least 4GB of RAM and Qualcomm Snapdragon 855-level performance or better, and the app even has a built-in benchmarking tool that tells you if your device is powerful enough. I’ve been testing the video player on Qualcomm’s Smartphone for Snapdragon Insiders, which houses the company’s flagship Snapdragon 888 chipset, and haven’t had any issues converting 1080p24/30 content to 1080p60 (I haven’t tried any 4K content yet, though it should be noted that the app downscales 4K content to 1080p by default anyway).

While the video player performs well on flagship hardware, there’s a big catch: It drains your device’s battery like crazy. The app uses Android’s sustained performance mode to boost CPU performance for the duration of the video, which ends up drawing a ton of power. SVP seemed to drain about 10% of the 4000mAh battery of the Smartphone for Snapdragon Insiders after nearly half an hour of playback, and the device became quite warm to touch.

Even if your device is powerful enough to handle frame rate conversion in SVP, there’s still a chance it won’t work. The video player has a few hard requirements: Your device must be running Android 10 or newer, and it must provide access to the OpenCL API. The developers say that all Pixel phones don’t meet the latter requirement, and neither do NVIDIA’s SHIELD TV products, though the SHIELD’s CPU isn’t powerful enough to handle frame rate conversion anyway.

Speaking of which, there are no plans for an Android TV port right now, because no Android TV device out there has a powerful enough CPU to handle what SVP throws at it. The CPUs in Apple products are miles ahead of most Android devices in terms of raw performance, but there’s also no plan to support iOS at the moment likely because of difficulties porting the software.

SVP has been available for years on desktop PCs, and I’ve been a user of the program for over a year now. On desktop, SVP supports GPU acceleration on NVIDIA GPUs and can integrate with multiple video players, not just mpv. I run SVP with Anime4K filters to upscale and upconvert animated content, and I personally like how it turns out most of the time, though I definitely notice the soap opera effect and artifacts from time-to-time. On the smaller screen of a smartphone, though, these issues probably won’t be as glaring as everything is smaller, and during my one-hour video watching session using SVP for Android the other day, I didn’t have many complaints.

If you have a OnePlus 8 Pro, OnePlus 9 Pro, OPPO Find X2 Pro, Xiaomi Mi 11X, or one of the handful of other devices with the Pixelworks X5 chip, your phone actually has motion smoothing support built-in, and it’s hardware-accelerated, too. On other devices with powerful enough hardware, you can try SVP for Android out, available now on Google Play. While the app is free to try, there’s a $12 in-app purchase to unlock frame rate conversion. The app lets you play around with frame rate conversion for a few minutes before it nags you to pay, though, so you can always try it out to see how it performs on your device and whether you like it before buying it. At $12, SVP is cheaper on Android than it is on desktop, which makes sense since the Android version has a lot less features at the moment. The desktop version comes with a plugin that has YouTube-DL built-in so you can playback YouTube videos in higher frame rates, and it also has Google Cast and Apple TV support among other features. 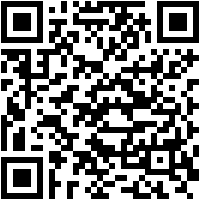 As I mentioned before, frame interpolation is a controversial practice. I’m not here to tell you whether it’s right or wrong: If you enjoy it, as I do, then don’t let anybody make you feel bad for it. Just know that you aren’t watching the content as the creator intended it, and that MEMC is imperfect and often fraught with errors. Enough ink has been spilled about the downsides to interpolated content, which poses a unique set of challenges for animated content in particular. If you want to make your videos look smoother, critics be damned, then SVP is probably one of the best video player apps that can achieve this.