In August this year, Google announced that it had started working with developers from prominent navigation, parking, and electric vehicle charging apps to bring new categories of apps to Android Auto. At the time, the company had announced that these apps would make their way to beta testers by the end of the year. Popular third-party map and navigation app Sygic was part of the initial beta testing phase, and a beta version of the app is now finally available on Android Auto.

Reddit user u/jesusbabio first spotted the beta release and shared photos of the Sygic app working on his car’s Android Auto head unit. While the post doesn’t shed any further info, a comment from a Sygic developer reveals that the beta version is now widely available, and users have to follow a couple of simple steps to start using the app in place of Google Maps and Waze.

If you wish to try out Sygic in your car, you’ll first have to head over to the app’s Play Store listing (linked below). On the listing, you’ll have to scroll all the way down and then tap on the “Join the BETA” button to join the app’s beta program. The process will take a few minutes, after which you should see an update for version 19.x of the app. Once you’ve updated the app, you’ll have to head over to the Sygic Store and find the Android Auto trial license. You can then activate it for free to get one month of access to Sygic on Android Auto.

It’s worth noting that the Android Auto trial license may not show up for all users due to a bug. However, Sygic is already working on a fix, and it should roll out in the coming days. If you have any feedback for the beta release, you can share it with the developers on this Facebook group. 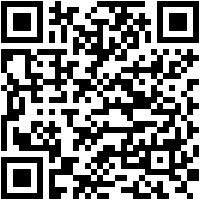