The Symbian mobile operating system played a vital role in the rise of PDAs (and later smartphones) in the late 1990s and early 2000s, especially outside North America. The platform had an extensive library of applications and games, and now you can try some of them on your Android phone or tablet.

EKA2L1 is a cross-platform Symbian emulator, mostly written in C++, that has been in development for over two years. It can currently emulate the S60v1, S60v3, and S60v5 platforms, which powered phones like the Nokia 7650, Nokia N95, Nokia E50, and Nokia 5800 XpressMusic. The emulator also boasts compatibility with games created for the N-Gage, Nokia’s unsuccessful attempt at a mobile phone/game console hybrid from 2003. Only three million N-Gage devices were sold during its short life, so there aren’t many games for it, but the N-Gage is still an important part of history that EKA2L1 is helping to preserve.

The emulator has offered an Android version on GitHub for a while, but the app was just published to the Google Play Store. The app works best with 64-bit Android devices, but there is also experimental 32-bit support. When used with compatible software, EKA2L1 can run games at a higher framerate than original Symbian devices. Some of the best games and applications are shown off in the above video.

You’ll need to find your own device firmware ROM to use EKA2L1, as well as a repackage of the device’s Z drive. There’s a wiki article on how to dump the ROM and file system from compatible Symbian devices. You can download EKA2L1 from the Play Store at the link below. 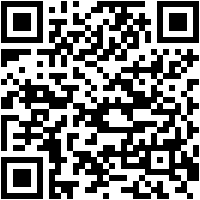