You can use Substratum custom themes on One UI 2.0 with Synergy

When One UI went into public beta way back in November of 2018, many were excited to start using it. It offered massive improvements in aesthetics and features, along with a system-wide dark mode. Even better, Samsung didn’t disable installing custom overlays in One UI. Sadly, around the time of the Galaxy S10 launch, Samsung did eventually merge the changes blocking custom overlays used by the Substratum theme engine. The Projekt team found a workaround dubbed “Synergy,” but that workaround was patched with the launch of One UI 2 based on Android 10. The Projekt team has now released an update to Synergy that works with One UI 2.0.

You know the worst part of life is waiting, and we know we’ve been making you wait to theme your One UI 2 device with Synergy. For that, we thank you for keeping your faith in us.

Themes on One UI have been possible for a bit of time now with Custom Themes Installer for OneUI. This app would let you install themes that were compiled for the Samsung theme store and made specifically for this app. It’s very useful but doesn’t give the same type of flexibility as Synergy. Synergy lets you import themes directly from Substratum Lite and the aforementioned custom themes. There’s a bit of a process to get it up and running, but it doesn’t require root to do. You can check out our original announcement post for instructions on how to set it up. You can also check out the forum post below for more information. There are a number of themes that will work out of the box, but because of the update to One UI 2.0, some may be broken. Let us know in the comments what ones you try!

Synergy on the XDA Forums 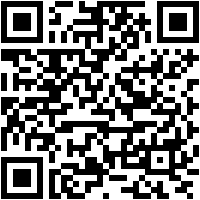 XDA » XDA Mini » You can use Substratum custom themes on One UI 2.0 with Synergy