Carrier-exclusive phones tend to not be very popular in the Android enthusiast community. They can sometimes remove core features of Android in favor of their own heavily branded options. Another negative is it’s often complicated or impossible to unlock the bootloader on carrier-exclusive phones. That means no root, no custom ROMs or kernels, and no mods, which makes the bloatware harder to remove. Now, T-Mobile is going the extra mile with new REVVLRY and REVVLRY+ phones, which are just rebranded Moto G7 Play and Moto G7 Plus, respectively.

REVVLRY and REVVLRY+ were actually announced back on July 9th and launched on July 19th. They share the exact same specs as the Moto G7 Play and Moto G7 Plus, but T-Mobile doesn’t mention Motorola at all. Even the code names match: “channel” for REVVLRY/Moto G7 Play and “lake” for REVVLRY+/Moto G7 Plus. There is one interesting aspect to this story: REVVLRY+ is the first iteration of the Moto G7 Plus available in the US. The device didn’t launch in the states originally. The full retail price of REVVLRY is $200 and you can pick it up without down payment for $8.34 for 2 years. REVVLRY+ is priced at $350, so it will cost you $14 down payment at $14/month. As you’d imagine, both of these phones come with pre-installed T-Mobile bloat. Though, as I already mentioned, T-Mobile did something different this time. REVVLRY devices come pre-installed with the new T-Mobile Play application. It adds a new tab to the Google Feed pane, which is located to the left of the home screen. There are videos from multiple categories, like breaking news and family-friendly. There are ads before every video, of course. It is very interesting how T-Mobile managed to add this functionality to the Google Feed pane. I don’t know why anyone would want to use it, but you can download T-Mobile Play from the Play Store listing below. 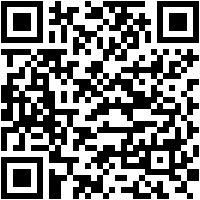