TCL 20 Pro 5G Review: A solid midrange option in the US

TCL brought their 20 series to the US a few weeks back. Originally announced earlier this year, the series includes the TCL 20 SE, TCL 20S, and TCL 20 Pro 5G. The TCL 20 Pro 5G is the top offering of the group, with an MSRP of $499.99 at launch. Last year, the TCL 10 series was fairly impressive, and the TCL 10 Pro was a great value for the US market. As a result of that, I was pretty excited to test out the entire TCL 20 family.

In this review, we focus on the flagship device in the lineup, the TCL 20 Pro 5G. Of all the devices in this series, the TCL 20 Pro 5G offers the most value as a compelling option in the premium mid-range market in the USA. One of my main concerns going into the review period was the performance of the Snapdragon 750G. I came away pleasantly surprised with the processor’s ability in this phone, although it obviously has a tough time competing with $1,000+ flagships from Samsung, Apple, etc.

There are a few other noticeable drawbacks to the device as well, but they’re mostly justified given the incredibly competitive price. At under $500, this is a good overall buy, so let’s talk about it.

About this review: I received the TCL 20 Pro 5G from TCL for review. I used this phone for 7 days as my only daily device. TCL did not have any input in any part of this review.

Taking the TCL 20 Pro 5G out of the box, it’s a very nice-looking device. I received the Moondust Gray color, but I personally love the look of the Marine Blue. The curved edges on both sides of the phone give a sleek look that reminds me a bit of the Galaxy S6 Edge. On the back, you get a two-tone look with a glossy finish along the camera side, matte everywhere else.

This design is something you don’t see too often, so it definitely stood out to me when I first picked this phone up. In addition, this design choice helps to minimize fingerprints which is always nice.

The four camera sensors are completely under the back glass, which means no annoying camera hump. While I understand that camera humps are sometimes necessary for improving photo quality, the lovely aesthetic of a completely flush back is worth noting. The TCL 20 Pro 5G is also surprisingly easy to grip without a case thanks to the aforementioned two-tone finish (though I did perform an unintentional drop test while photographing the phone, more on that later).

Those curved edges look incredibly nice, but they do make holding the phone a bit uncomfortable and honestly tricky in many instances. It’s virtually impossible to eliminate unintentional edge touches with such a dramatic curve, so that’s something to consider. Holding the phone for a long period of time can also be less comfortable due to the sharpness of the sides.

At the top of the phone, you’ll find two of its most unique features — a 3.5mm headphone jack and an IR blaster. It’s strange to write that sentence considering how common both of these things were just 5 years ago, but you don’t really see either in flagship devices these days. I really enjoy having an IR blaster. It’s a cool feature that doesn’t cost much to implement and adds value to your phone. Xiaomi stills adds IR blaster to its phone, but those aren’t officially sold in the USA, making the TCL 20 Pro one of the very rare ones this side of the ocean. You can see on top the lovely scuff I added by dropping my unit during a photo session. Gives it some character I think.

The power button and volume rocker are on the right side of the device and the power button itself has a nice red accent. On the other side is a programmable assistant button. Moving to the bottom, the USB-C charging port, SIM tray, and speaker round out the chassis design.

TCL really went all-out on the display panel in the TCL 20 Pro 5G. The OLED screen gets incredibly bright and color reproduction is very good. Viewing angles were quite reasonable even in bright sunlight outdoors. Compared to my Galaxy S21 Ultra, the brightness looks a bit less impressive, but we’re also talking about a $900 difference in MSRP for the two phones.

The main downsides to the display are the refresh rate and the “Sunlight Mode” TCL has included in the software. The refresh rate is a standard 60Hz which is disappointing to see on a device of this caliber in 2021. The Sunlight Mode feature cranks up the brightness outdoors, but it does so at the cost of color reproduction and clarity on screen. I was expecting the feature to be similar to Samsung’s brightness boost, but it doesn’t seem to work as well at all.

I wasn’t quite sure what to expect from the Snapdragon 750G in terms of performance. This chip doesn’t make its way to the US very often, so this is the first time I’ve used a phone with it inside. In general, the performance was impressive. The TCL 20 Pro 5G handled any app I threw at it with ease, including the most popular Android games. I spent quite a while playing Asphalt 8 and PUBG with very few hiccups at all.

One area that did give me problems was multi-tasking. It could be a problem of too little RAM, or simply TCL’s quick switch gesture glitching, but I often had some lag when switching between multiple apps.

Out of the box, you get Android 11 with TCL’s UI on top. The UI isn’t necessarily bad-looking, but there are a bunch of unnecessary apps and options that don’t make sense. Many of the TCL stock apps duplicate features already offered by Google apps most users would prefer anyway. Some of the app icons link to mere settings pages, like the NXTVISION app that links to the settings page offering image and video enhancements on your TCL device.

Some of the optional features like the fingerprint quick launch menu are poorly implemented and difficult to trigger and navigate. TCL should definitely rethink the amount of bloat added and useless tweaks for their next Android launch.

As for battery life, this phone is pretty middle of the road. I was able to squeeze out around 5 – 5.5 hours of screen time each day with my normal use. Typically, I use my phone for a mixture of social media, work (Slack, Outlook, Gmail, Asana, researching stuff in Chrome), YouTube, and Spotify. Most days. I also spent around 30-45 minutes gaming on the device as well. With this use pattern, I would get to around 9 PM with about 10% left, which is on the border of being enough for a full day. I would definitely say this phone would have a hard time lasting all day and then going for a night out as well.

Thankfully you do get up to 18W fast charging, which is respectable but not really mind-blowing with the current state of fast charging technology. In addition, you get 15W wireless charging which is actually a pretty impressive addition for a phone under $500. Overall, I was neither disappointed nor impressed with battery life. If you’re a heavy user, you might want to grab a portable battery charger though.

When you look at Android phones in the $500 price category, the camera tends to be their biggest weakness. Most mid-range phones simply can’t take very good photos. Unfortunately, the TCL 20 Pro 5G also struggles in the camera department in many ways. The camera itself is well-designed and looks pretty under the glass, but the sensors themselves are fairly mediocre in low-light situations.

While the phone technically boasts of a 4 camera setup, the depth sensor and macro camera are both completely useless. The main camera is 48MP, but takes 12MP binned shots by default. In the bright Arizona sun, I was able to capture a few nice shots, but it was definitely the exception rather than the rule. Indoors, the results are much less impressive, with consistently muted colors and very low detail. You can check out some samples from the TCL 20 Pro 5G in the Flickr album below. 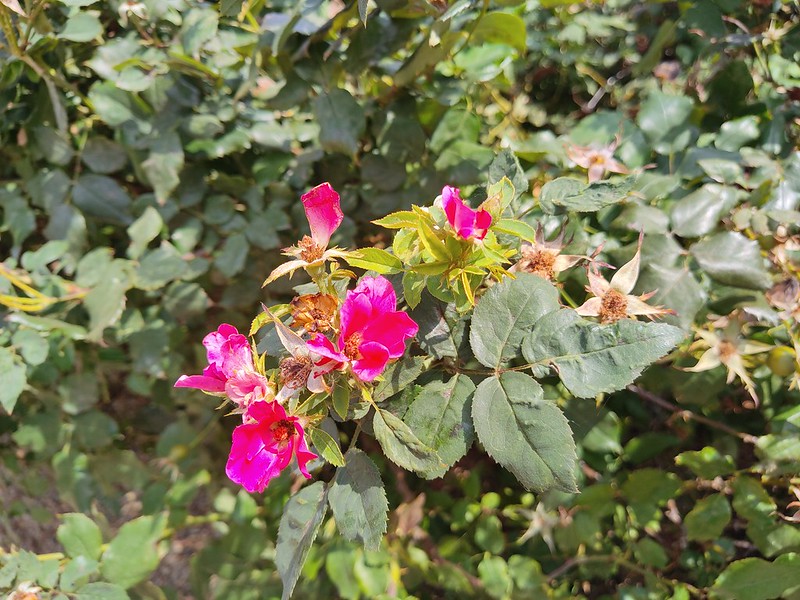 The ultrawide sensor is a pretty similar story. You can get blurry photos fairly often especially in low-light. The selfie camera on the front is okay. I honestly don’t take enough selfies to come away impressed or disappointed in that department. I did notice that portrait mode using the front camera struggles with the artificial bokeh, so if you’re an Instagram aficionado, you should keep that in mind.

Audio on the TCL 20 Pro 5G is decent. The single speaker on the bottom doesn’t get nearly as loud as my Galaxy S21 Ultra, but it’s better than I expected. There really isn’t any bass, but there also isn’t too much distortion at high volumes. You should be fairly happy watching Netflix or YouTube on this device.

Despite some of its obvious shortcomings, I really think the TCL 20 Pro 5G is a solid value at $499. You can’t find too many phones in the US at that price point with a display this good and performance that won’t make you pull your hair out. If TCL could clean up some of the frustrating software issues and improve the camera a bit, they could really have a hit with the sequel next year. Competition in the US midrange market is fairly stiff. The Samsung Galaxy A52 5G can be had for the same price and it sports a better overall camera and higher refresh display.

If you need amazing battery life or the best camera out there, you might need to look elsewhere and also spend a little more money on something like the Galaxy S21+. For those of you that take most of your photos outdoors and don’t mind throwing a portable charger in your bag each day, the TCL 20 Pro 5G is definitely a phone to at least consider. TCL's flagship device offers impressive performance and an excellent OLED display. The camera and software leave a bit to be desired, but at under $500 this is a phone worth considering if you're on a budget.