TCL 20 SE Review: Decent entry level phone, but better options exist even in the US

TCL brought their 20 series to the US a few weeks back. Originally announced earlier this year, the series includes the TCL 20 SE, TCL 20S, and TCL 20 Pro 5G. The TCL 20 SE is the budget offering of the group, with a MSRP of $189.99 at launch. Last year, the TCL 10 series was fairly impressive, even on the lower-end models. As a result of that, I was pretty excited to test out the entire TCL 20 family.

After taking a look at the TCL 20 Pro 5G and TCL 20S, I am now taking a look at the TCL 20 SE to find out if the company added any standout features to their budget offering for 2021. Unfortunately, there isn’t really much new here. There are of course some positives, including a large display that isn’t bad for Netflix viewing and a fairly appealing design aesthetic. While the US market may not be the most competitive on the entry-level and midrange, there’s still a fair amount of competition in the budget Android phone market, so this one needs to be exceptional to get your money. Let’s talk about everything I like and dislike about the TCL 20 SE.

About this review: I received the TCL 20 SE from TCL for testing. I used this phone for 5 days as my only daily device. TCL did not have any input in any part of this review.

The TCL 20 SE is actually the largest device in the series. If you have small hands or just plain dislike large phones, this definitely isn’t the one for you. This phone is as large as my Galaxy S21 Ultra which I usually use daily, so it wasn’t a particularly big problem for me. In terms of looks, the phone is quite pleasing to the eye, albeit a little boring. Most smartphones have a very similar slab design in 2021, so this isn’t really a compliment or criticism.

The body is of course made of plastic, something you would expect for a phone under $200. The Aurora Green looks like a nice color if you like to stand out, but the Nuit Black that TCL sent me also shimmers nicely in the sunlight.

For the button and port layout, you have a USB-C port on the bottom with a 3.5mm headphone jack up top, along with a power button and volume rocker on the right edge, and a Google Assistant button on the left-hand side. Nothing too crazy here, but when it comes to usability, that’s probably not a bad thing. It’s worth reiterating here that this phone does not have fast charge — in fact, it takes a very long time to charge.

On the back of the device, you get a fingerprint sensor and a camera module that protrudes ever so slightly. It took me a bit of time to get used to a rear-mounted scanner again, but it works well after you use it for a few days. Using the phone without a case, I noticed it also collects smudges and fingerprints very easily. Make sure to keep a microfiber cloth handy if it bothers you as much as it bothers me.

One of the functional design choices here is the speaker placement. TCL mentions explicitly in their press kit that they positioned the speakers as to not interfere with holding the phone. This does improve the overall audio experience, which we’ll discuss further in a bit.

The display is another component that impressed me with the 20 SE. With a 6.82 inch IPS LCD display and U-notch cutout, this is a very nice screen for enjoying Netflix, playing games, or viewing photos. At 720 x 1640 with 263 pixels per inch, this isn’t the sharpest display you’ll ever see on a smartphone, but it also isn’t noticeably grainy. The viewing angles and brightness are fine indoors, but don’t expect to use this phone outside in bright light.

TCL’s NXTVISION technology is baked into the software as well, upscaling content so it looks better than it probably should on this phone. While the display is great for a budget offering, the lower 60Hz refresh rate is noticeable if you’ve used any phone or tablet at 90 or 120 Hz.

Overall, there isn’t anything remarkable with the TCL 20 SE’s design. You don’t get any sort of water resistance, dust resistance, or wireless charging. All of these omissions are reasonable for a budget phone. If you like big phones, rear fingerprint scanners, and don’t mind the slightly cheap feel from the plastic body, this is a reasonably attractive device with solid speaker placement and a dedicated Assistant button that I find useful in practice.

This section juxtaposes the biggest strength of the TCL 20 SE with its biggest flaw. The battery life on this device is absolutely amazing, while the performance from the Qualcomm Snapdragon 460 processor is honestly awful. Obviously, that leads to a bit of a conundrum: is amazing battery life really a big deal if the phone lags throughout every task?

I had my doubts from the beginning that this phone would handle any interesting Android games, but I even had a hard time using many basic apps without lag. Opening up Twitter and Slack lagged often enough to be annoying. Considering this device only has 4GB of RAM, it isn’t surprising that multi-tasking makes the phone even slower.

I ran a few benchmarks with Geekbench 5, getting a multi-core score of 1,114 with a single-core score of only 249. Benchmarks don’t tell the whole story of course, but combining these numbers with my experience paints a fairly bleak picture.

When it comes to gaming, it’s pretty much impossible to play anything other than simple puzzle games without lag. I tried running Asphalt 8 and failed almost instantly. The stuttering and lag make the game unplayable. I was tempted to try a few more demanding games, but it seems clear this isn’t a phone that can handle intense modern graphics.

On the other hand, battery life is a completely different story. The 5,000 mAh battery does an admirable job of getting through a day’s work and more. I was able to get around 8.5 – 9 hours of screen on time on average during my use. During that time, I spent quite a bit of time on social media, watching YouTube/Netflix, and messaging on Slack and Google Chat. I didn’t really do any gaming though, due to the aforementioned performance issues.

It’s a good thing the battery life is solid because this phone charges very slowly. The TCL 20 SE takes nearly 3.5 hours to charge from 0 to 100%, so skip this one if you can’t live without fast charge.

Camera quality is an important aspect to consider with any smartphone purchase. Phones under $200 aren’t exactly known for their amazing camera quality, but the TCL 20 SE isn’t that bad in practice. For the rear cameras, you get a quad setup. There’s a 48MP main camera, a 5MP f/2.2 ultra-wide, a 2MP f/2.4 macro, and a 2MP f/2.4 depth-sensing camera. It’s a bit confusing, because some international variants of this phone feature a 16MP main camera.

None of the cameras blew me away, but considering the price, I was satisfied overall. The main camera struggles in low-light situations, but outside, you can get some decent shots with a little bit of work. You’ll definitely notice the lack of tiny details and occasionally washed out colors, but with decent lighting, you can get fairly nice landscape shots at least.

One thing that tricked me is the NXTVISION optimization for viewing photos on the device. Photos taken by the TCL 20 SE look great on the phone’s display, but if you open them on your laptop or tablet you’ll be less impressed. You can see a few representative camera samples in the Flickr album below. 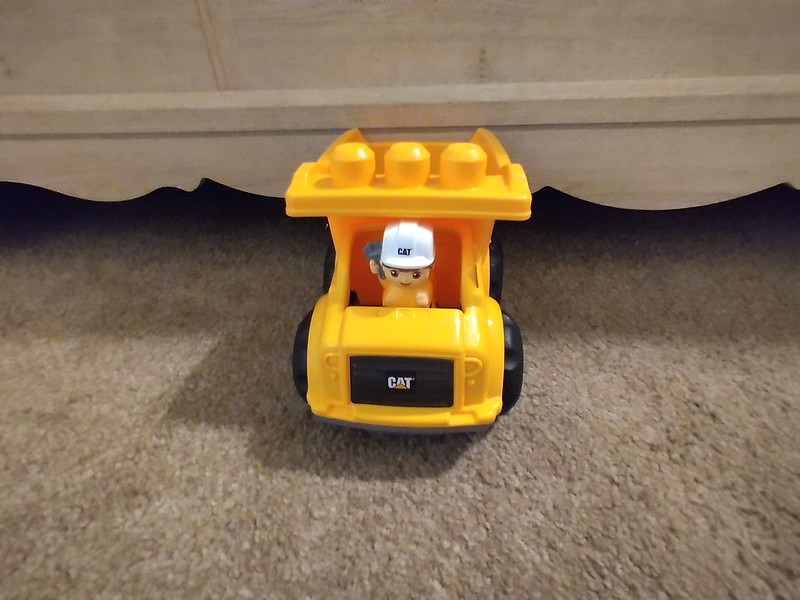 The 13MP selfie camera is a similar story. You can get pretty good selfies with outdoor lighting, but indoor photos look pretty dark. Facial features also wash away a bit and the software struggles to pick up fine details like strands of hair, which can blur together often. There are a number of interesting software options available though, which might be the most interesting thing about the camera on this phone.

The audio on the TCL 20 SE is quite good. The ideal speaker placement allowed me to watch movies on Netflix without muffled audio. You won’t get amazing bass and there is a little distortion at high volumes, but this is something I’d expect from a phone at this price point.

In the end, TCL did an okay job with the TCL 20 SE. But there are just too many excellent options in the budget Android space right now. You can pick up a OnePlus Nord N200 5G for around the same price, for instance. That phone offers a better experience in many ways and also includes the added benefit of 5G. If you really want a big screen and don’t mind poor performance and a mediocre camera, this isn’t the worst phone out there. It’s good value for watching movies and basic texts/calls, but that’s about it. The TCL 20 SE is a budget phone with a large display, excellent for media consumption. Unfortunately, the performance and camera are too much to overcome unless Netflix is the only app you use.