ByteDance’s TikTok has become a global sensation over the last couple of years, giving users a platform to create short videos with dubbing. Even though the app has faced several hurdles in India, it still has a thriving community of users in the country. Riding on the success of its app, ByteDance has become one of the highest valued startups around the world and it doesn’t seem to be stopping any time soon. The company has now started testing a new music app called ‘Resso’ in India and Indonesia, which aims to compete with the likes of Spotify and Apple Music in these emerging markets.

As per a recent report from Gadgets 360, the Resso app was initially launched six months ago and has been installed over 27,000 times on iOS and Android. When compared to other music streaming services, Resso differentiates itself by displaying real-time lyrics on the app and even lets users post their comments under individual songs.

The app also brings some of TikTok’s functionality to the board and allows users to create short GIFs and videos with the music playing in the background. These clips, called Vibes, then appear as the album art when you play that specific song. Other users can like Vibes created by you and the most liked Vibe appears as the album art by default.

Much like TikTok, the app is free to use, but it also offers a monthly paid subscription plan for an ad-free experience. The monthly paid subscription is priced at ₹119 (~$1.68) in India and lets users play any song in Resso’s library, download music for offline playback, removes ads, and offers high-quality audio. The app also offers a 14-day free trial for new users.

Resso offers an extensive music library and has already secured rights from Indian labels T-Series and Times Music. However, ByteDance still has no rights deals with Warner Music Group Corp., Universal Music Group, and Sony Music Entertainment, so there’s a chance that you might not find your favorite songs on the app. Resso is currently in a beta testing phase in just two markets, but ByteDance plans to scale up the service to other regions in the near future. For the privacy-conscious, it’s worth noting that Resso’s privacy policy is only available for two countries (India and Indonesia) and the app only allows you to sign-up with either your Google or Facebook account. 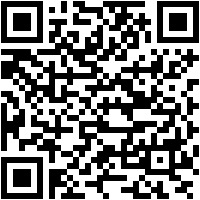