Digital Wellbeing was one of the best new features to come to Android in Android 9 Pie. Not everyone may be using it, but those who do acknowledge the importance of cutting down screen time on your smartphone to spend time doing more productive things. Google’s Digital Wellbeing app helps you limit excessive smartphone usage with features like tracking app usage, setting app timers, enabling a “focus mode”, setting up bedtime schedules, and much more. Google has brought Digital Wellbeing to most Android phones, but there’s no comparable feature on other Android platforms like Android TV. Now, however, there’s a third-party application that helps you manage the screen time on Android TV devices. Called TVUsage, this app by XDA Senior Member balachandarlinks brings screen time management features to Android TV. The app boasts the following features:

TVUsage has been tested on the NVIDIA SHIELD Android TV and is not guaranteed to work on all Android TV devices. The developer states that Mi Box devices cannot show full-screen overlays for screen time limits since Xiaomi apparently removed the “display over other apps” feature. In addition, some Sony TV devices lack usage access and hence TVUsage won’t be able to track app usage.

If you want to try the app out on your own Android TV devices, then you can download it from the Google Play Store right now. You can also check out the official forum thread below to give feedback to the developer. 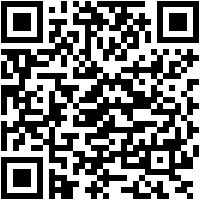 The following YouTube video from the developer walks you through installing the app from the Play Store, shows you how to set the app up, and also shows you most of the features.