If you’ve bought a new Android phone, chances are it came pre-installed with some apps that may not be useful to you. OEMs often partner with other brands and companies to pre-install their apps on their devices. These apps can be anything ranging from streaming services to music players. If your phone is locked to a particular carrier, there would be some apps your carrier has also pre-installed on your device which you may never use.

These apps needlessly occupy memory on your phone and may even send obtrusive notifications or sometimes even push ads on your device. What’s worse is you can’t easily uninstall this bloatware. If you are bothered by these pre-installed apps on your phone and want to get rid of them to either clean up some extra space or enjoy a cleaner UI with fewer distractions, we’re going to tell you how to uninstall carrier/OEM bloatware from your device, without root access, using a few simple steps that involve your phone and a computer.

This method works not just for third-party apps but also some first-party apps directly from your OEM. For example, if your phone comes with Samsung’s Calendar but you prefer using Google Calendar, you can uninstall Samsung’s app and use Google Calendar as your default calendar app.

The only things you’ll need for this are your Android phone, a PC/Mac with ADB, and a USB cable to connect your phone to your computer.

How to Uninstall Bloatware from your Phone without Root Access

While there are some apps or executable batch files you can find on the XDA forums for specific devices, those solutions aren’t universal and may be applicable only to a certain device or a specific skin of Android. Some even require root access. The list of pre-installed apps or bloatware differs based on the OEM, carrier, and sometimes even the region where the device is sold in. So it’s best to debloat your phone using this method to make sure you uninstall only the apps you want to get rid of.

Note: Uninstalling some system apps can be dangerous and may result in force closes or even a bricked device. An app may depend on another app to work so be careful about what you uninstall and the consequences it may have. It’s best to not mess with some core apps like the dialer, messages, camera, etc., and only uninstall the apps you consider as bloatware. Step 2: Interfacing your phone with ADB Step 3: Finding the name of the packages to uninstall 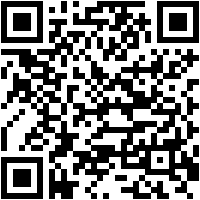 Note that NameOfPackage needs to be replaced with the full package name, without any ” or <>.

As a word of warning, uninstalling system applications can be dangerous so please know what you’re getting rid of before you complete these steps. Failing to do so could result in your phone becoming unusable until you perform a factory reset. Of course, by removing any given system application, another system application that may depend on it may also break so be careful what you remove. But if something does go wrong, you can always perform a factory reset to bring things back to the way they were. Alternatively, there’s an even easier way to bring back an app you uninstalled, as we explain in the section at the end.

If you aren’t comfortable with using ADB commands for some reason (they are really easy, and we insist that users give them a shot), you can try out applications by third-party, independent developers. Several of these applications are GUIs that make it easier to execute the ADB commands that we list above.

Give them a shot if you are having trouble with ADB command execution, although setting up ADB and executing commands yourself is a nice skill to have in the world of Android.

How to Re-install an Uninstalled App

If you’ve deleted an app by mistake or a secondary app is force closing because it’s dependant on an app you uninstalled, you can re-install the app using the following set of commands:

This works because applications truly aren’t fully uninstalled from your device. They are just being uninstalled for the current user (user 0 is the default/main user of the phone). That’s why, if you omit the --user 0 and -k part of the uninstall command, the command won’t work. These two flags respectively specify the system app will only be uninstalled for the current user (and not all users, which is something that requires root access) and that the cache/data of the system application will be preserved (which can’t be removed without root). Therefore, even if you uninstall a system app using this method, you can still receive official OTA updates from your carrier or OEM.

This method can be used on any smartphone regardless of the OEM or carrier. We hope you found this guide useful!

XDA » Tutorials » How to Uninstall Carrier/OEM Bloatware without Root Access