Those of you missing Xposed on Nougat (though if you’re desperate, I guess there is a kind of working port) may specifically miss the module called Amplify. I purchased the donation version about two years ago, but that wasn’t enough to entice me to stay on Marshmallow. Still, I miss it. Amplify let me restrict some annoying wakelocks on my phone. For those of you not too familiar, a wakelock is a process which wakes your phone when the screen is off. This is normally pretty good, as it allows you to receive texts, listen to music, and so on. Apps can (and do frequently) abuse it, though, so Amplify was a popular way to limit what apps could hold wakelocks – improving both performance and battery life.

However, now there’s a new app in town ready to do nearly the exact same thing as Amplify, but it doesn’t require the Xposed Framework and so it works on Android Nougat devices. WakeBlock over on our Apps & Games forum just recently arrived for any devices you can throw at it, originally brought to life in the Google Nexus 6P forums! WakeBlock is nearly exactly like Amplify, but more on that in a moment. This application patches your services.odex file, so you will need root, allowing itself to have access to your phone to restrict wakelocks. Modifying this file still passes SafetyNet. There is also planned support to block alarms in future, something else that Amplify did. Root-wise, I recommend using Magisk or SuperSU.

There are many guides out on our forums that pertained to Amplify, but can also be used for WakeBlock. Check out this thread full of various wakelocks to block! Be careful though, as messing with the wrong thing can lead to adverse effects.

WakeBlock can also be compiled with the ROM, and previously was the only way to use it on non Nexus 6P devices. The app can become paid at any time according to the developer, so also be mindful of the possibility. Still, if you have problems with your device being unable to sleep, I recommend giving it a shot and see how it works for you. Installing the core mod can take 5-30 minutes depending on your device and ROM, according to the developer. 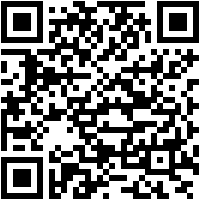