After Niantic’s smash hit game Pokemon Go was released, the world got a taste for just how much potential there is in AR gaming. At launch, it was the most popular game in the world. It had people headed out into the streets to catch Pokemon and meet other players. Now Niantic launches their second game using the same premise. Harry Potter: Wizards Unite lets you take on the role of a Hogwarts Wizard as you catch magic beings throughout the world.

The Harry Potter world is an ideal candidate for the Niantic AR treatment. It lets players use their phone as their own magic wand, catching creature and casting spells. While the game does not have the initial popularity that Pokemon Go had, the same potential is here. It’s free to download on the Play store, and is highly recommended to anyone who ever dreamed of being a part of the Harry Potter world. 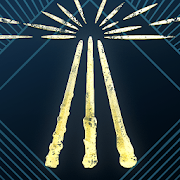 Digital Wellbeing 1.0.3 tests a revamped Wind Down feature with new options and a Quick Settings tile