Wordle took the world by storm back in 2021. The app was originally created for private use but has since been played by millions. The game was eventually sold off to The New York Times for an undisclosed amount and while there were certainly mixed feelings about the acquisition, the company claimed that it would keep it free to play. Since that time, the company has shifted the game to its own website, and now it will include it on The New York Times Crossword app.

The New York Times Crossword app gets a new game in the form of Wordle, which might be a delight to users that are already playing other games on the app. While the app is free to download, it does require a subscription. The app will cost $4.99 a month or you can get a discount by signing up for a year for $39.99. The subscription will not only give you access to Wordle, but also many other games like The Crossword, The Mini, and Spelling Bee. There are games for all skill levels. In addition to the games, the app will also store your scores, streaks, and other statistics. You can even compete for a spot on the leaderboards. If this seems like a bit much, you can always sign up for the trial which last seven days.

If downloading an app on your smartphone or paying a subscription fee doesn’t sound appealing, fear not, you can still play the game on the official website. This can be accessed through a computer, and through your mobile device. Hopefully, the company will stick to its word, keeping the game free to play for years to come. If not, players might have to jump ship the dozens of Wordle clones that have popped up since the original app’s popularity exploded.  If curious, you can download the app on iOS and Android. 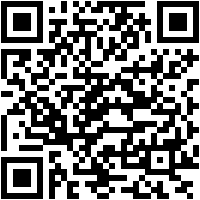