Xiaomi is committed to building a highly customized software experience through its Android skin, MIUI and the custom interface gets a variety of system apps tailored as per the general aesthetics of MIUI. The company also invests ample time into improving the UI and the UX of these system apps and adding many useful features. The company recently pushed out a similar update to its File Manager app, bringing a whole new design along with useful changes to the flow of navigation within the app.

With the latest build of MIUI’s China Developer ROM, the File Manager is getting a refreshed and cleaner interface. The icons from the older interface are now replaced by text for easy discovery, while the colors have been softened out to make the interface look minimal. The visual elements in the interface are flatter and don’t feel obtrusive anymore.

Besides the major overhaul in the Recents tab, the internal storage page also gets relatively duller colors alongside flat icons which, in my opinion, makes it look much more soothing.  The available storage is now shown at the bottom of this page using a simpler bar instead of the earlier, circular icon at the top. Furthermore, the different icons for categorizing files based on the extension or file type, as well as the FTP options, have now been replaced by categories on the top.

These changes appear to be part of a hygiene drive as Xiaomi takes on well-settled brands by moving westwards from markets in Asia. The Redmi K20 was recently launched in part of Europe, rebranded as a Mi 9T and the Pro variant (which I have been admiring since day one) is likely to launch as the Mi 9T Pro. Besides these, other devices like the Mi 9/9 SE as well as the older Mi 8/8 SE have been doing very well in Europe, where it was the fastest-growing (reputed) smartphone brand last year. Simultaneously, while the Pocophone brand appears to have vanished from Xiaomi’s future plans, the POCO F1 (Pocophone F1) enjoyed decent popularity in markets outside of India.

While Xiaomi’s File Manager is available on the Google Play Store, we’re unsure when will it move out of MIUI’s Chinese Developer ROM into the stable version.

Thanks to XDA Member kackskrz for the screenshots 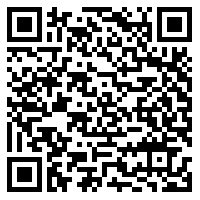