The Xiaomi Mi Note Pro, announced on 15th Jan 2015, is Xiaomi’s attempt at moving beyond the entry-level segment and targeting the higher end of the market which is usually Apple territory. At its heart, the phone follows on the Xiaomi philosophy by providing great specs at a great price. 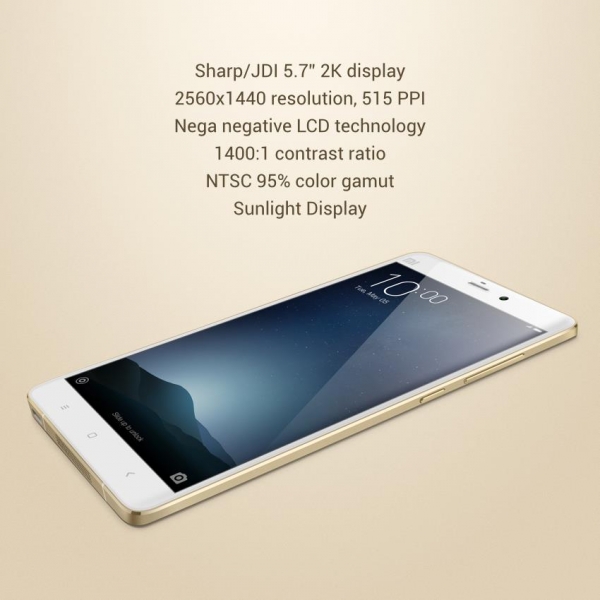 Talking about specs, the Xiaomi Mi Note Pro is a marked improvement over the Mi Note. While the dimensions and screen size remain the same, the resolution has received a decent bump from the Full HD 1080 x 1920 display in the Mi Note to QHD 1440 x 2560 display in the Pro version. This changes the pixel density from 386 ppi to a remarkable 515 ppi. 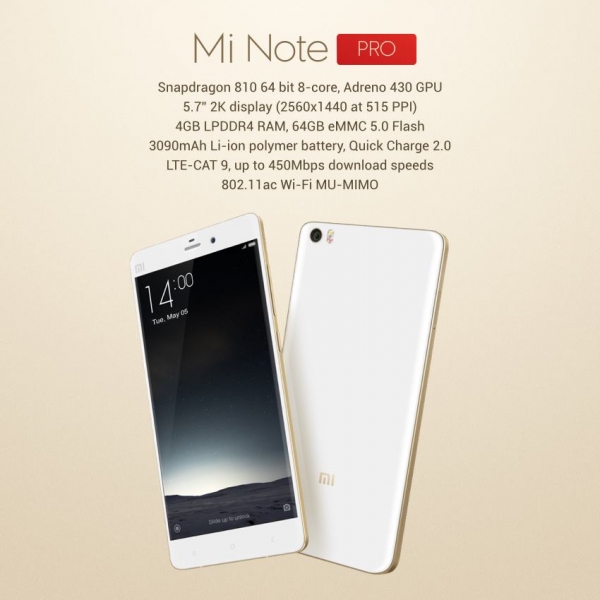 Under the hood, the Mi Note Pro is powered by the 64bit Octa-core Snapdragon 810 along with Adreno 430 in the GPU department, as compared to the quad-core Snapdragon 801 and Adreno 330 on the Mi Note. The RAM also received an upgrade to 4GB along with 64GB internal storage, thereby firmly placing the phone in competition with other flagships. The Mi Note Pro also features optimizations to the 13MP camera, and hardware-optimization for HiFi audio, specifically FLAC playback. 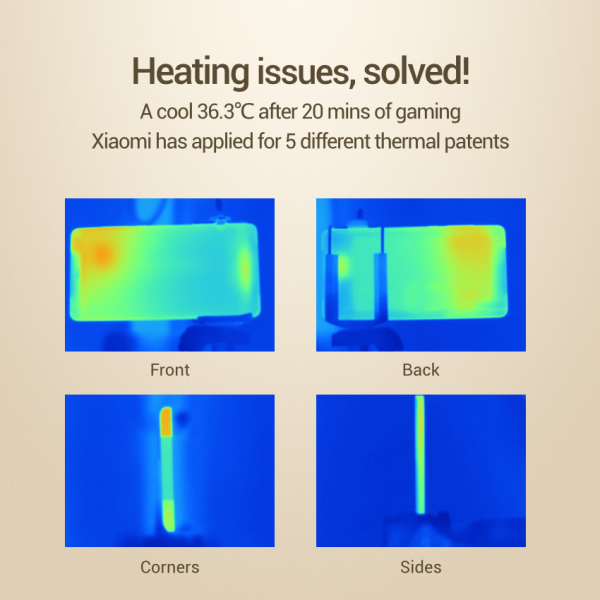 Xiaomi has also claimed that it has dealt with 810’s heating issues to an extent, and has included thermal images in their press release.Of course, there is still much to test to how much of this applies to unbiased and real life usage scenarios.

As far as differences go, the rest of the stuff is on the software end. The Mi Note Pro comes with MIUI 6 on top of Android 5.0.1 Lollipop out-of-the-box. 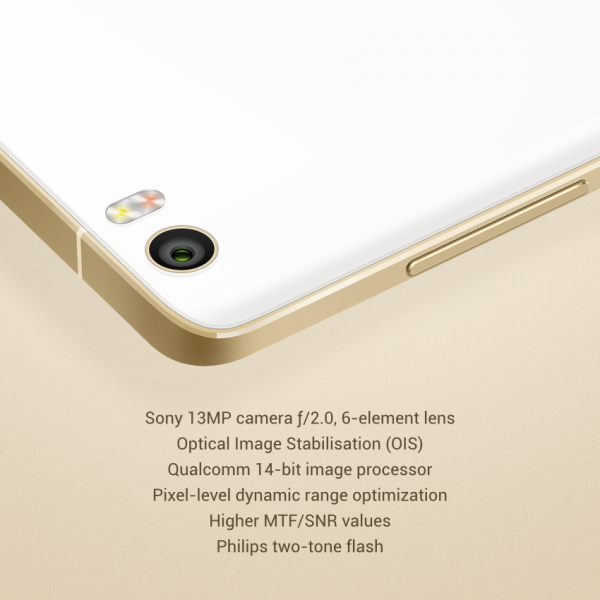 The Mi Note Pro also features Sony’s IMX214 CMOS sensor with OIS for the 13 MP rear camera. It also sports two tone flash, and a 4 MP front camera. The battery is a decent 3090 mAH capacity, and supports Qualcomm’s Quick Charge 2.0. The phone however, does not have a micro sd card slot.

We sure do hope that this phone makes it beyond its limited market. After all, it does offer flagship level specs at a mid-range price, much like our beloved Nexus 5 (although there is no comparison between the two on the software end of things). You can head on over to the MIUI forums for more hands-on pictures.

What do you think about Xiaomi’s newest product? Can it translate domestic success in the low end into international success in the high end with this product? Let us know in the comments below!