With the release of the new Google Chromecast, Google is now doubling down on their Android TV experience, which they have renamed to Google TV on this device and other devices launching in the future. Despite the rebranding, all your favorite Android TV apps will continue working on the new Chromecast with Google TV, but many of them will get updates to match the new experience. One app that is getting this treatment today is YouTube Music, Google’s music streaming service that was launched for TVs this past July, with a much needed revamp that brings it more in line with the mobile version of the app.

So first up, the app now features a revamped UX that allows you to easily access your playlists and liked songs. There’s also a new player UI that showcases album art and playlist art in “their best form”, according to Google. These changes are available on “all smart TVs.”

For Android TV in particular, you’re also getting support for playing the music you’ve uploaded to the service, a feature that YouTube Music added earlier this year to achieve feature parity with Google Play Music. Also, you can now browse tunes directly from the Android TV home screen by going into the YouTube Music row, which mostly features recommendations based on your listening habits. That way, you can quickly start playing something on your TV. The playback interface has been revamped with information like the song and artist name and a progress bar for the current track. The official blog post also confirms that even more features, such as background playback for YouTube Music Premium users—a feature that the Android TV app lacks right now—will be coming very soon. So if that’s something you’re waiting for, then stay tuned. Otherwise, this seems like a pretty amazing update for the TV app that is slowly achieving feature parity with the mobile app. If you have an Android TV device, the update is rolling out right now through the Google Play Store. 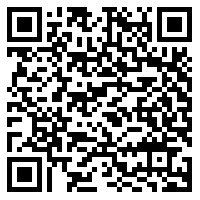