Google has released a YouTube Music PWA for Chromebooks

Google has made the web version of YouTube Music available as a Progressive Web App (PWA) in the Play Store for Chromebooks. The move comes after Google did the same for apps like YouTube TV, Google News, and Twitter.

The release of the music streaming service as a PWA comes with a few interesting caveats noted by Chrome Unboxed. First, finding the app is difficult if you don’t know what to search for. The report says users must type in “YouTube Music for Chromebook” in the Play Store for the right result to appear.

“Searching only for YouTube Music will deliver the standard app version,” according to Chrome Unboxed. “If you fail to include the ‘…for Chromebook’ part, the Play Store will simply route you to the standard version with no other options.”

That being said, there are some differences between the PWA and Android app. The PWA apparently looks a little nicer and is more reliable. However, it doesn’t offer offline, downloadable content. For people who rely on those features, you’ll want to skip the PWA of YouTube Music for now. That’s why Google appears to be leaving up two listings.

Unfortunately, Casting isn’t native in the application, which means if you’re casting music from your Chromebook and a notification comes in, your music will dip in volume. That could get really annoying if you have constant notifications streaming in.

It’s a bit confusing, but Google tries to make it crystal clear which version you’re downloading. We’ve also included a link to YouTube Music for Chromebook down below. 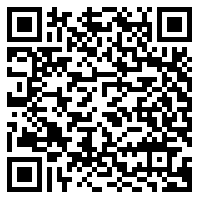