XDA Basics: How to use the new Zoom app on a Chromebook

Zoom rose to popularity at the beginning of the ongoing COVID-19 pandemic. If you use video meetings at school or work, there’s a good chance you now use Zoom. Both Windows and macOS have reliable Zoom apps that include all of the software’s available features. Until now, those of us on Chrome OS were forced to use a hobbled version of Zoom with minimal capabilities. But just last week, Zoom released a new Progressive Web App (PWA) that’s intended to replace the current Zoom Chrome app in the Chrome Web Store. This new PWA brings welcome improvements and helps align Zoom on Chrome OS with the features available on other operating systems.

If you’re not familiar with PWAs, let’s talk about them for a second. Essentially, these are web apps that act more like traditional apps that you’d install on a Chromebook. You get an independent window, not connected to the Chrome browser, just like with Android apps. But at their core, they’re built completely on web technologies just like any other web app you’d run in Chrome.

Google continues to expand the functionality of PWAs in Chrome OS. You can now set PWAs as the default app for certain links. There’s even an option to keep all information from a given PWA in a tabbed interface, much like you would in the browser. Overall, the new interface should bring a much-improved Zoom experience to those using Chromebooks.

After you’ve checked this, simply tap the link in the app box below to navigate to the Zoom PWA listing. Installing the app works the same as any other Android app, and the icon will be available in your app list soon after installation. You might want to consider pinning the app to your dock if you will use it frequently. 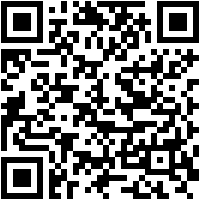 With the PWA, Zoom added most of the features that were previously missing in the Chrome app. Some of the new features you get include: Many of these features are very important for those working in education. The Breakout Rooms functionality is a big deal for splitting students into groups. Raised hand is another feature I use a lot when holding lectures or office hours via Zoom.

There are still a few key features for education that are missing however. The Chrome PWA still lacks the functionality for using a whiteboard during screen sharing sessions. This is one of the features I use the most as a mathematics professor. Zoom says this feature will come to the PWA this fall, hopefully aligning with the arrival of the new academic year for most universities. Zoom also mentions on their blog post that several new features will roll out in the coming 3-6 months. It seems like this is a big step toward all of the desktop client features migrating to Chrome OS eventually. If you’re using the legacy Chrome app for Zoom, you should upgrade to the PWA as soon as possible. The legacy app will be supported through January 2022, but the reduced functionality and inferior interface are enough reason to make the switch now. Overall, it seems that Zoom did an excellent job developing their new Chrome PWA. Developed in partnership with Google, the UI is slick and the app runs quite smoothly on every Chromebook I’ve tested. It does seem strange that the app has only a 3 star rating in the Play Store, but this is likely due to users not understanding it’s specifically for Chrome use. If you want to use the PWA on another platform, you can also do this quite easily by visiting zoom.pwa.us in any browser.

If you’re using the new PWA on Chrome, let us know what you like or dislike in the comments below.

XDA » Tutorials » XDA Basics: How to use the new Zoom app on a Chromebook